On June 8th, 2022, at approximately 8:59 am, the McCook Police Department and McCook Fire and Rescue responded to the 800 block of West Q Street in McCook for a report of a motor vehicle crash with injuries.
A 2004 Chevrolet Impala, operated by Ketra Vlasin, age 26 of McCook, was traveling eastbound on Q Street when the vehicle struck the back of a 2006 Freightliner truck owned by Nebraska Public Power District. The Nebraska Public Power District truck was stopped and unoccupied at the time of the crash on the eastbound side of the roadway, with emergency equipment activated, performing maintenance work on electrical infrastucture.
Vlasin and an infant passenger in her vehicle were transported to Community Hospital by McCook Fire and Rescue. Vlasin was later pronounced dead as a result of her injuries. The infant was treated and released to family members. The cause of the crash is still under investigation. 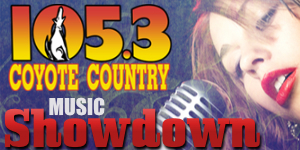